Having finished off the Harrier brood (what is the collective noun for Harriers, a ‘viff’ perhaps?), I decided to go back many decades in the history of 800 NAS to the days of the biplane.

Now, 800 NAS only ever had two Sea Gladiators on charge, but they had them so I need to make one. I got this charming Heller kit for about a fiver online. Most of the mouldings are OK and it includes the three-bladed prop of the Sea Glad (also used by the Gladiator Mk.II) but, crucially, the kit is of a Gladiator. No arrester hook. So I made one. I used bits of spare plastic from a missile rail to make the end housings and the hook, and some 0.75mm styrene rod for the arms. I think it looks convincing enough.

Also a charming feature is that the kit is pre-drilled with holes to run wire through for the rigging. The diagram of the tailplane is an example of the thing one has to decode.

I tried it with some 0.3mm nylon fishing wire, but I found one has to put the whole thing under considerable tension to make the wires run straight. So I got some jewellers 0.2mm stiff brass wire and cut it to length in the appropriate places. Sprayed up it looks pretty bloody fab, I have to say.

The kit itself is nice to build, reasonably straightforward and free of too many gaps or bumps. I had to do the serial numbers one by one from a decal sheet, but they look OK too. Pleasant pre-war all-over aluminium finish looks smart. Oh, and red wheel hubs and propeller boss – red being something of an 800 NAS obsession. 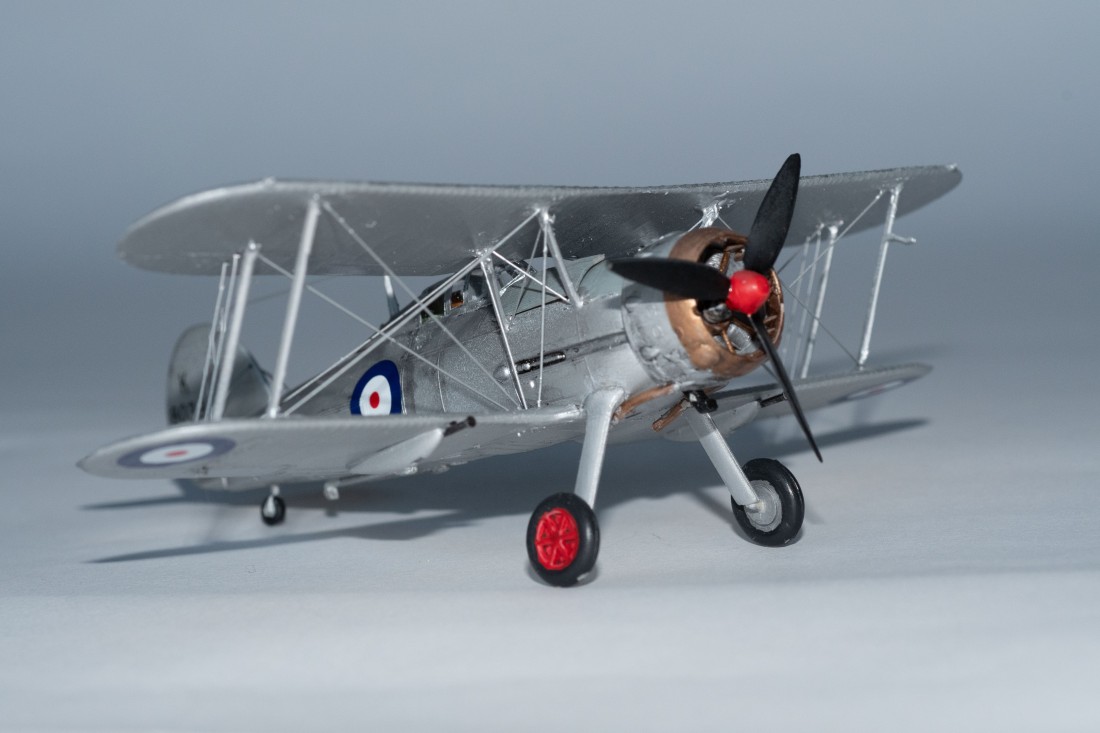 So now I am ready to take on the other biplanes in the future (Hawker Nimrod and Hawker Osprey) with no worries about rigging. However, I feel the need, the need for speed, so I’m back to the jet age for the next build…

View all posts by 800squadronproject

2 thoughts on “Step back in time to more gracious days…”